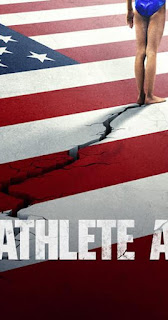 Athlete A  is a documentary about the USA Gymnastics sex abuse scandal that rocked the entire world. Hundreds of young female gymnasts were sexually abused, but the leadership at USA Gymnastics turned a blind eye to what was happening. The documentary recounts what it took to end this abuse by interviewing survivors - particularly Maggie Nichols (Athlete A) and Rachel Denhollander - their families, former gymnasts, and reporters from The Indianapolis Star who helped to  expose the abuse  and hold the enablers accountable. The documentary also touches on the toxic culture of elite-level gymnastics and how it harms young girls. Released 2020; Runtime 103 minutes Concepts Sexual Abuse : The documentary explores how one person could spend decades sexually abusing hundreds of girls and get away with it for so long. Due to his status, power, and connections, any complaints that were brought against him could be quietly deflected or buried. Combine that with a toxic culture that prized w
Read more 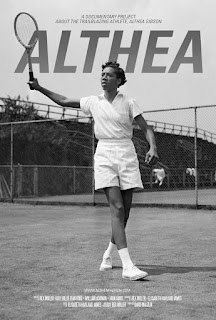 Althea  is about the life and career of Althea Gibson , the first African-American to win a Grand Slam title. While she was one of the most dominant players of her time, a combination of racism and a lack of funding caused her to leave the sport just as she was reaching her peak. (This led her to take up golf, where she became the first African-American to compete professionally on the woman's tour). Despite her trailblazing successes, she was largely forgotten by the tennis world shortly after she retired. But she was not forgotten by everyone, and her friends and allies ensured that her legacy would be remembered. Released 2014; Runtime 83 minutes Concepts Cultural Differences : Althea was raised in Harlem, and raised to be tough and never back down. This was in stark contrast to many in the tennis world, who were not used to have an aggressive, attacking opponent. Economic Issues : Althea grew up poor, and while she was a successful tennis player, prize money was much, much sm
Read more 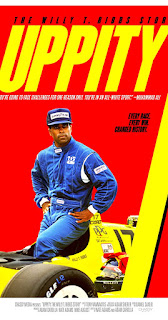 Uppity: The Willy T. Ribbs Story  chronicles the racing career of  Willy T. Ribbs , the first African-American male to drive in the Indianapolis 500. Despite being an immensely talented driver, participating in the rich white sport of auto racing meant that he would have to deal with racism and the ugly side of sport fandom. But Willy was not one to back down. Willy would give his critics and racist detractors something to really hate him for: being the best. (Content Warning: Racial slurs are used several times throughout the documentary). Released 2020; Runtime 109 minutes Concepts Career & Economic Issues : While driving skill is an important part of being successful in each type of auto racing, participating in said races costs a great deal of money. Coming from limited means and being African-American meant that finding sponsorship was difficult, which in turn meant that Willy often competed with second-rate equipment or could not afford to enter races, which limited his su
Read more 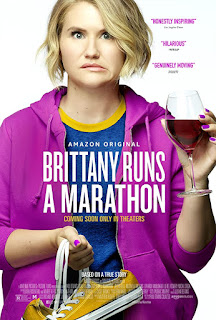 Brittany Runs a Marathon  is about Brittany, an aimless twenty-something-year-old, who spends her time partying and bouncing from job to job. When she visits her doctor, he tells her that she needs to get healthy and lose weight. What follows is a deeply personal journey as Brittany uses exercise to discover more about the type of person she is and wants to be, culminating with setting a once unthinkable goal: running the New York City marathon. Released 2019; Runtime 104 minutes Concepts Body Image : Throughout the movie, Brittany struggles with how she looks. Because she is overweight, she struggles to believe that she - and other overweight women - can be happy. She is also very self-conscious when she first goes out to exercise, acutely aware that she will stand out. Commitment : Although she is hesitant to start running, step by step and day by day, she slowly starts to become a runner and commits herself to a healthier lifestyle. There are setbacks that test her resolve along
Read more 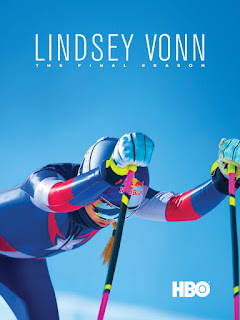 Lindsey Vonn: The Final Season is about the last few months of Lindsey Vonn's incredible career. She enters into her last season needing 5 World Cup wins to move past Ingemar Stenmark for sole possession of the most World Cup wins of all time. But she only has 13 competitions to go and is coming off her latest set of injuries. Can she overcome the pain, set the record, and retire the way she has always wanted? Released 2019; Runtime 89 minutes Concepts Injury & Illness : Vonn suffered numerous injuries throughout her career from crashing and they have finally caught up to her; In order to even have a chance at competing, she needs to rehabilitate constantly; Dealing with pain is part of her daily routine. Career Issues : Vonn is about to transition from being a competitive athlete to being retired; She talks about wanting to leave the sport in a certain way on her terms; She questions her commitment to participating in the entire final season due to injuries.
Read more 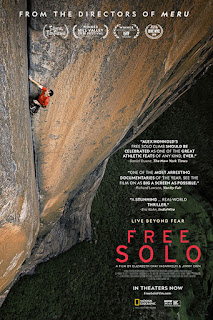 Free Solo is about Alex Honnold and his death-defying, gravity-defying, mind-blowing free climb of El Capitan in Yosemite National Park. Free climbing is rock climbing, but without the use of protective equipment, meaning it is just you and the mountain. This documentary extensively interviews Alex and follows his months of preparation and training leading up to his exhilarating ascent and is one of the most impressive feats you will ever see. Released 2018; Runtime 100 minutes Concepts Confidence : Alex does not undertake major climbs without first feeling completely confident in his training, preparation, and fitness; He regularly talks about practicing over and over and over again until he knows every little rock and edge of the path he is going to climb. Attention & Focus : A huge part of being able to climb the way he does is by blocking out distractions and focusing only on what he needs to, including during training. Anxiety & Stress : Alex appears to be
Read more 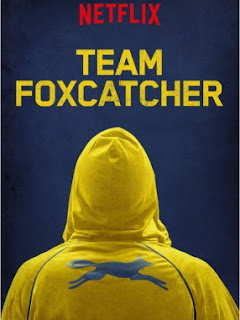 Team Foxcatcher retraces the lives of Dave Schultz (internationally renown freestyle wrestler) and John du Pont (philanthropist and proponent of amateur sports). This documentary explores why and how du Pont set up a training center for wrestling at Foxcatcher Farm, where athletes could come from all over to hone their skills, and why and how various Olympic-caliber wrestlers came to work and train there. It also documents du Pont's bizarre behavior and declining mental health, which led to a tragic end for both men. Released 2016; Runtime 90 minutes Concepts Mental Health Issues : John du Pont engages in behaviors ranging from a little strange to downright threatening; Becomes excessively paranoid as time passes, which is taken out on people at his training center. Pursuing Your Dream : Because it is difficult for wrestlers to have funding, a training center at Foxcatcher Farm with high-end equipment and coaches, for free, enabled numerous athletes to live and breathe
Read more

May 14, 2018
Dr. Rob Bell has put together an intriguing list of 11 documentaries that all center around mental toughness and/or grit. The documentaries cover different sports and amazing feats of human survival and endurance, ranging from walking through wilderness to mountain climbing to cardiac rehabilitation to naval disasters. There's sure to be something that you'll find interesting and worthwhile on his list! Check out his post here , and be sure to explore the rest of his blog and site for more resources and information about developing mental toughness.
Read more 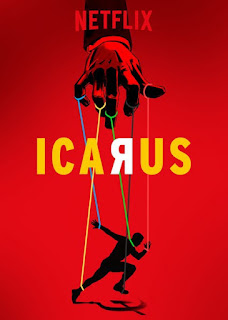 Icarus , which won the 2018 Oscar for Best Documentary Feature, is about the shadowy world of doping in international sport. Bryan Fogel, an amateur cyclist, sets out to show that anyone can game the system if they have the desire. Shortly after beginning his doping regimen, he is put in touch with Grigory Rodchenkov , the director of RUSADA (Russian Anti-Doping Agency), who helps him to mask his performance enhancement drug use. But what unfolds after is an international thriller as RUSADA is investigated and Rodchenkov flees to the United States. The information that Rodchenkov reveals to the world helped cause the partial ban of Russian athletes in the 2016 and 2018 Summer and Winter Olympic Games. Released 2017; Runtime 121 minutes Concepts Doping : Bryan Fogel uses testosterone, HGH, and EPO, (a similar regimen to that of Lance Armstrong), and actually shows the injections; Through working with Rodchenkov, he is also able to mask his use. Confidence : Bryan feels
Read more

More Than a Game 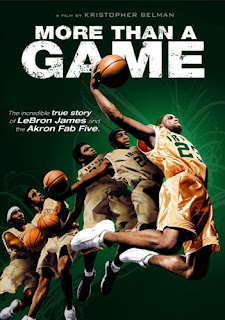 More Than a Game  follows high school star LeBron James and his talented teammates as they grow up and compete. They face many challenges along the way, including players being ineligible and growing media attention. This documentary focuses on their senior year and the last time they will ever play together. Released 2009; Runtime 105 minutes Concepts Confidence : The team is overconfident their junior year, thinking they can act however they want and still come out victorious, which does not happen. Goal Setting : At the start of the year, because this is their last time playing together, the team sets out to be national champions; They accomplish their goal because everyone makes sacrifices for the good of the team and their goal. Media : Because of their success, they were on a national stage, with come with lots of fans, but also a lot of detractors and people who wanted them to lose. Team Cohesion : The "Fab Five" had been playing together since middle
Read more
More posts